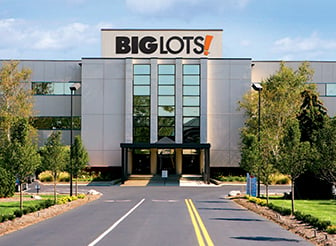 The stock lies in the middle of a very wide and weak rising trend in the short term and a further rise within the trend is signaled. Given the current short-term trend, the stock is expected to rise 4.43% during the next 3 months and, with a 90% probability hold a price between $45.03 and $68.03 at the end of this 3-month period.

The Big Lots Inc stock holds buy signals from both short and long-term moving averages giving a positive forecast for the stock. Also, there is a general buy signal from the relation between the two signals where the short-term average is above the long-term average. On corrections down, there will be some support from the lines at $55.70 and $48.01. A breakdown below any of these levels will issue sell signals. Furthermore, there is a buy signal from the 3 months Moving Average Convergence Divergence (MACD). Some negative signals were issued as well, and these may have some influence on the near short-term development. A sell signal was issued from a pivot top point on Wednesday, January 27, 2021, and so far it has fallen -8.26%. Further fall is indicated until a new bottom pivot has been found. Volume fell together with the price during the last trading day and this reduces the overall risk as volume should follow the price movements.

On the downside, the stock finds support just below today's level from accumulated volume at $48.19 and $46.98. There is natural risk involved when a stock is testing a support level, since if this is broken, the stock then may fall to the next support level. In this case, Big Lots Inc finds support just below today's level at $48.19. If this is broken, then the next support from accumulated volume will be at $46.98 and $45.16.

This stock may move very much during a day (volatility) and with a very large prediction interval from the Bollinger Band this stock is considered to be 'very high risk'. During the last day, the stock moved $3.36 between high and low, or 5.67%. For the last week, the stock has had a daily average volatility of 11.16%.

Our recommended stop-loss:$56.36(-5.56%) (This stock has very high daily movements and this gives very high risk. There is a sell signal from a pivot top found 2 day(s) ago.)

Several short-term signals, along with a general good trend, are positive and we conclude that the current level may hold a buying opportunity as there is a fair chance for Big Lots Inc stock to perform well in the short-term.

The predicted opening price is based on yesterday's movements between high, low, and the closing price.

© Provided by The Motley Fool Is Big Lots Stock a Buy?

Most investors are familiar with discount retail chains Dollar General(NYSE: DG) and Dollar Tree(NASDAQ: DLTR), the latter of which also operates Family Dollar stores. Dollar General boasts more than 16,700 stores, and between its Dollar Tree and Family Dollar locales, Dollar Tree manages more than 15,000 locales. At least one of them is within relatively easy reach of most U.S. consumers, and collectively, they dwarf the 1,400 stores Big Lots(NYSE: BIG) has sparsely peppered across the country.

Don't let its small size fool you, though. Big Lots is thinking -- and acting -- like a savvy tech start-up. Its smaller size means it may be able to drive better relative growth than its peers, which is what investors should really be looking for.

Operation North Star is up and running

Last year, Big Lots' 1,400+ stores turned $5.3 billion worth of revenue into income of $242.5 million. The top line was up a respectable-but-modest 1.6% year over year, but the bottom line grew an impressive 54%. It's fared even better this year so far, as the COVID-19 contagion has forced consumers to focus on the basic consumer staples. Through the first two quarters ending in early August, revenue of $3.1 billion is 21% ahead of the top line as of this time last year. Profits have soared as well. That's not bad for a relatively tiny player that arguably should have struggled with its lack of scale in this environment.

It's called Operation North Star. Put into action early last year, this overhaul is more than a named collection of turnaround wishes and goals that other retailers often present as a plan. Operation North Star has teeth because the action plan Big Lots is implementing is specific. One of the revitalization plan's specific goals is 'funding the journey,' meaning the changes Big Lots is implementing will at least be somewhat paid for by the reduction of other expenses. The plan also calls for greater focus on high-impact departments such as home goods, and leveraging its own private label brands. Big Lots owns the Broyhill brand of mattresses and bedding, for instance, offering the company complete flexibility in how it's marketed.

Big Lots has also overhauled its marketing approach. Operation North Star not only calls for more and better digital marketing, but specifically uses social media venues, which the company knows is more effective when it comes to demonstrating value to its core customer.

But how does Big Lots know which marketing works and what sells well, and what doesn't? This is perhaps the most compelling reason of all to own a piece of the company right now.

Doing it all for 'Jennifer'

Big Lots knew it needed to parse a lot of consumer data if Operation North Star was going to be worth the effort. So, it did just that.

Although management talks less about it now than it did in early 2019 (when the revitalization program was going into effect), CEO Bruce Thorn explained during a quarterly conference call: '[T]he work that we've done to get to this point was doing a tremendous amount of research on our customers, the marketplace, the competition in general, the trends so that we could understand where we can play and win at a bigger rate than we've been doing in past years.' He went on to say that 'in order to do this properly, we wanted to make sure that it was very logical, steep in data.' The end result of that data crunching is a hypothetical customer named 'Jennifer' who reflects the typical Big Lots shopper. Everything the company does is ultimately done with her in mind.

Actually, Jennifer has been around since 2013. The company has always known she's a smart shopper, but she doesn't shop for fun -- she's too busy, probably with kids and a job of her own. She's practical, with lots of friends with opinions she values.

Using the fresher data Thorn mentioned, the company also now realizes Jennifer regularly uses her smartphone and is a fan of social media. The retailer also seems to understand it has to continually give Jennifer a clear reason to keep coming into its stores by marketing to her when and where it matters. Big Lots is even painting its stores in softer colors that are more welcoming to Jennifer, and bringing her online orders to her car if she wants.

The little things are big

It may seem a bit over the top for a retailer to rethink everything with a Jennifer in mind -- almost tech company-like. Most other store chains certainly aren't so focused, even if they do know their customers this well.

It's these little things, however, that allow a smaller player like Big Lots to use data to cozy up to its core customers in a way that bigger rivals can't.

Analysts think it matters, anyway. While next year's revenue and income aren't expected to match this year's COVID-driven surge, analysts are modeling numbers that suggest it's going to come out of the contagion with a lot more regular customers than it started it with. That in turn is expected to keep the bottom line boosted once the pandemic is (hopefully) quelled.

Bolstering the bullish case is that Big Lots' value-centric orientation means Jennifer is likely to keep shopping even if the economy sours.

When investing geniuses David and Tom Gardner have a stock tip, it can pay to listen. After all, the newsletter they have run for over a decade, Motley Fool Stock Advisor, has tripled the market.*

David and Tom just revealed what they believe are the ten best stocks for investors to buy right now... and Big Lots wasn't one of them! That's right -- they think these 10 stocks are even better buys.