A rash of COVID-19 cases has hit jockeys at Parx Racing just outside Philadelphia.

Jockeys are now barred from the backside area adjoining the track, a prominent trainer told PlayPennsylvania.

A text alert read: “Until further notice: jockeys are not allowed in stable area.”

Parx has not commented on the issue. In August, it suspended racing for two days due to a smaller outbreak.

Industry publications the Paulick Report and the Daily Racing Form report nine jockeys are infected. A track official has confirmed that number.

The racing publications also say an official has tested positive.

Parx has made no public comment about the situation and has continued to race. Its current schedule is Monday, Tuesday and Wednesday, with 10 races each day.

Mychel Sanchez, a leading jockey at Parx, has tweeted that he was asymptomatic after testing positive and would return in two weeks.

I Have not symptoms and feel perfectly fine but tested positive for Covid🙏🏇🏾 good luck to all I’ll be back in 2 weeks 🙏🏇🏾 pic.twitter.com/V8bnsy6QBq

At least nine riders have tested positive for coronavirus, including the top three jockeys at the track, Terry Meyocks, the Jockeys’ Guild president, told the Daily Racing Form.

He declined to name the jockeys for DRF. But Meyocks added, “We’re trying to keep racing going while keeping everyone safe,” explaining that new protocols were added for distancing. 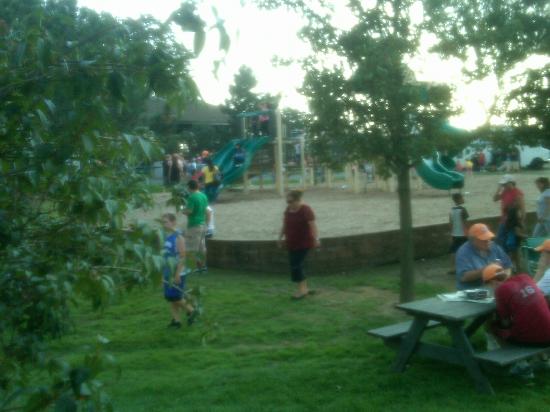 The issue is unmentioned on Parx social media, which focuses instead on the nice weather.

The virus is an issue at tracks nationwide. More than 200 workers at Golden Gate Field in California have recently tested positive. That track shut down on Nov. 17.

Parx plans to continue a shortened schedule of 152 days, down from 170, according to the Daily Racing Form. Prior to the pandemic, Parx ran on a Saturday through Tuesday schedule. But the track plans to stick to a year-round Monday through Wednesday schedule for the future.

Penn National in Grantville had dropped Thursday and Saturday nights from its weekly schedule as a result of the virus. It opted instead for a Wednesday and Friday night schedule, but with more races per card.

In 2021, the track plans the same shortened weekly schedule, but with only 96 total live race dates, down from the 164 that were planned for this year, according to DRF.

Presque Isle Downs plans a 100-race meet on a Monday through Thursday schedule from May 10-Oct. 21, according to DRF.

The historic Parx Casino and Racing first opened in November 1974. But it wasn’t until December 2006 (December 2009 for the standalone casino) did the old venue known as Philadelphia Park at the time start offering casino gaming.

Throughout the 2010s, the casino located in the Philadelphia suburb of Bensalem, Pennsylvania has since evolved to become the largest complex in the state. And with the popularity and economic boost the gambling scene has brought, you can tack on further growth throughout the 2020s.

But there’s enough at this casino to keep you busy for a week. Add in the excellent dining and entertainment options, and you need not go anywhere else. But if you’re looking to explore the area, there are also plenty of local attractions at your disposal.

Ready to take a tour of Pennsylvania’s best gambling? Let’s get started.

As mentioned in the intro the racetrack was founded in 1974 and opened up Keystone Racetrack, built to replace Liberty Bell Park Racetrack in Northeast Philadelphia. ITB purchased the track in 1984 and hence, a name change was in order.

The newly named Philadelphia Park continued Keystone’s and Liberty Bell’s tradition of offering Thoroughbred racing. But upon ITB’s purchase, the company laid out new turf and brought along Phonebet. The most technologically advanced way to wager on horse racing at the time.

In September 2006, the Pennsylvania Gaming Control Board granted the track a conditional slot license which paved the way to transform the racetrack into a racino. Final approval came three months later in December 2006.

And Philadelphia Park Racetrack and Casino opened its doors on the first and third floors of the racetrack. This, however, stood as the temporary casino. Exactly three years later, on December 18th, 2009, the standalone Parx Casino opened.

Parx now contains over 3,300 real money slots. Electronic gaming like video poker, Blackjack, and Roulette was also made available upon opening, but in 2010, 199 tables of live gaming arrived. In 2018, the venue added a 48-table poker room.

And in October 2018, the Pennsylvania Gaming Control Board approved Parx’s application for a sports betting license.

So, like many casinos in Pennsylvania, Parx offers everything from horse racing to poker if you’re an avid casino gamer. And as the largest casino and racing complex in Pennsylvania, it offers a lot of it.

Let’s look closer at which games you can expect in the electronic gaming, table, and poker rooms.

Parx Casino gaming includes your favorite traditional and most recent additions in their slot room that comprises over 3,300 machines.

So, what are you looking to play first? Wheel of Fortune? Wonka? Lightning Link? Come in and try your hand at the games.

Also featured are over 60 electronic table games like Blackjack and Roulette, along with video poker. So if you’re not ready to get in on the table gaming action, no worries. Parx has you covered.

Are you in the mood for table gaming action? You need not look any further. As mentioned in the intro, we’re looking at 199 table games featuring the best action north of Philadelphia. What are you looking to get in on? Craps? Roulette? Blackjack? Why not all three?

Up for some poker? Parx has your game. Whether you’re in for no-limit Texas Hold ‘em, Omaha, or Stud, you can test your skill against some of the best poker players Eastern Pennsylvania offers.

And Pennsylvania is one of the first states in the nation to bring sports betting into their casinos. So, what are you looking to bet on? Pro football? Baseball? Both? It’s all here at Parx.

You don’t even need to be in the casino to place your bets if you download the Parx Sports Betting app. So long as you remain within state borders, place your bets against the spread, over-unders, parlays, and more.

What’s a great casino experience without the best dining around? You don’t have one. Luckily, you’ll have an outstanding experience at Parx because not only do you have top-notch dining options; you can also choose between upscale dining, casual dining, or the quick in and out.

The award-winning, upscale food and atmosphere is found at Parxgrill. They feature the area’s unique menu options, along with seasonal specialties inspired by the restaurant’s top-notch chefs.

Farm to fork is how the Liberty Bell Gastropub describes its casual dining option. And comfort foods are their specialty. Whether you’re in the mood for the best gourmet burgers around. Made from local ingredients, premium pork, or free-range chicken, you’ll find all of it here.

Whether craft beers, fine wine, or specialty cocktails are on your mind, The Liberty Bell Beer Garden has you covered. How do chef-inspired dishes along with an all-season firepit sound to spice up the atmosphere? Hey, you can count me in.

Chef Joe Zhou personally designed the Bambu Noodle House’s menu. So whether you’re in the mood for appetizers, soups, Peking Duck, or steamed lotus, rest assured you’re getting the highest quality Asian-inspired cuisine in the area.

Add a high-end food menu plus the area’s largest craft beer and superior cocktail selection. You get Xlounge. The highest-quality lounge slash bar on Philadelphia’s North Side. Take a seat in those luxury couches and you will experience paradise on Earth.

Are you the grab and go type? The Lucky Cheese is your place. Featuring grilled cheeses, panini, soups, salad entrees, and more, this is your one-stop-shop for the best grab and go food in the area.

Voted the #1 Sports Bar in America, Chickie’s & Pete’s is rocking with fresh seafood, beer towers, interactive gaming, and the big Philadelphia Eagles games. If you’re the sporty type, you know where to go.

Only the top foodies in the area will love what Foodies offers. So if you’re a foodie, hop into this laid back atmosphere and take advantage of the venue’s freshest area ingredients. Served right on the go.

And don’t forget to check out Jax, Parx’s premier sports bar. Experience adrenaline-pumping video poker at one of the 20 machines scattered about the venue while watching your Eagles, Flyers, Phillies, and Sixers bring home another W.

Sign up, play, and earn points. The more you play, the higher your status at Xclub becomes over the next six months. So, if you play often and earn 7,500-plus credits, you’ll find yourself at Elite Status. And earning benefits like priority gift pickup, next car up valet service, priority food reservations, and more.

The catch? You need to accumulate the number of points every six months. But once you’re at a specific status, you’ll keep those points for six months while accumulating rewards points for the next six months. Play often and never lose that status.

Come in, get entertained, enjoy a cocktail or two, and have a night to remember after a day of gaming at the casino.

Parx Casino Accommodations and Nearby Attractions

There are six awesome venues to choose from when planning your casino trip.

Let’s begin with the Marriott in Bensalem, where you’ll experience perhaps the most luxurious stay of the bunch. Prices begin at $129 plus tax.

Casual options include the Holiday Inn, Radisson Hotel, Wyndham Philadelphia, Best Western Plus, and Extended Stay Philadelphia. The prices are subject to change, but they price the options listed here between $82 and $99, plus tax.

Looking to take time off from the casino and explore the area? Good idea, as you’re near the epicenter of American history, science, and sports.

Obviously, there are plenty of bars and venues in the surrounding area to watch your favorite Philadelphia area sports teams. And if you’re lucky enough to get into the show, more power to you. Especially those Eagles games.

If you’re into history, you’ll love the attractions abound in this area, including the Liberty Bell and Independence Hall. You can also visit the Philadelphia Zoo and Camden Aquarium to find the best exotic wildlife in the world in some of America’s largest and oldest attractions.

And as with all racinos, we always need to dedicate time to racing. Parx Casino is one of the few casinos to have an additional website to its casino site dedicated completely to horse racing.

So for the complete rundown including the event schedule, Phonebet, race results, horsemen, and wagering information, visit the Parx Racing website.

Now for the brief rundown. What can you expect at Parx Racing?

You’re looking at live racing from the best thoroughbred horses in the nation. Horses, jockeys, and trainers come here from all over the US to face off. And if you can’t make it to the casino to get in on the action and place your bet, pick up all the action on the simulcast.

So, whether you’re live at the track or if you’re on crunch time and can’t make it to the big events, never sweat. Place your bet online, watch the simulcast, cheer on your horse, and hopefully, they’ll win you some dough.

Now, as they say at Parx: Let’s Go Racing.

As you can see, Parx Casino and Racing is by far the largest casino and racetrack complex the State of Pennsylvania offers. With thousands of slot games and nearly 200 table games, you’ll never get bored.

If sports betting and horse racing are your thing, then you can spend all day watching the games and races 52 weeks a year.

What’s not to get excited about?

And if you venture off the casino grounds, there’s a large city just south of Bensalem waiting to be explored. One that is rich in history and tradition.

So what are you waiting for?

Plan your trip to Parx Casino and Racing today.

And have you been here? Let us know in the comments and tell us about your experience.