Here you have the list of countries that broadcast EuroMillions Lottery results with the channel direct link and time of each broadcast.

Here are the EuroMillions latest results from the last draw. All EuroMillions numbers can be found on this page. That means in addition to the five main numbers and two Lucky Stars, you can see the prizes that were awarded in each of the 13 different prize categories. 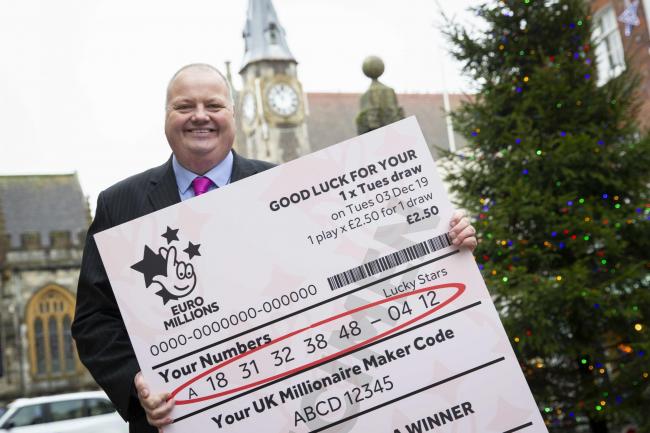 You can watch the EuroMillions draw on Tuesdays at 22:25 on ORF2 and on Fridays at 22:35 (GMT + 1) on FDJ (La Francaise Deux Jeux). If you want to see the lottery results even faster, then visit this website. Immediately after drawing the lottery numbers, we will put the results online, so you can immediately compare your numbers with the winning numbers. You can also view old results in our results archive as we archive all results so far. Please note that you have up to 180 days after drawing the lottery numbers to redeem your lottery ticket. At the end of the 180 days, the prize is donated to charities or for other good causes. Of course, you do not have to worry about it when you submit an online poll.

Latest news and winners about the Euromillions Lotto

How to play this lottery?

EuroMillions is organized in countries all over Europe. It’s incredibly popular because of the very high Jackpots. Sometimes the prize money starts at € 17 million, and Jackpot of € 190 million is no exception. Thanks to the Special Jackpot Bonus option there are more winners than ever.

Buy your official EuroMillions tickets online now to win the biggest European jackpot. What do you have to do? Choose 5 main numbers and 2 Lucky Stars numbers and you could win the jackpot price up to €190 million euro.

What is the highest price?

The biggest price you can win at this Euro Lottery is a jackpot of 190 million.

EuroMillions uses a basis Jackpot. For every draw it contains € 17 million, and every time there is no hit the amount of money will increase. Sometimes the Euromillions Jackpot increases to € 130 million euros, this is called the superdraw. Tow times a year the jackpot increase to 130 million for the Superdraw Jackpot. The maximum amount of Jackpot money is € 190 million euros. The winner needs to have 5 correct numbers and 2 stars.

Still no winner? Sometimes there is still no winner after 5 draws, even though there is € 190 million euros in the Jackpot. In that case the money is divided among the winner(s) in the lower categories. In this special situation, normal wins in the MegaMillions lottery also are added.

It’s also great fun to play in the lottery with a group. In that case, you can purchase tickets with your friends or family members. Playing together increases your chance of winning. It makes sense, because together you have more tickets. Divide the winning prizes in the group yourself.

You could buy tickets for yourself but it is also possible to play in bundles.

The EuroMillions jackpot cap was revised this season while using maximum jackpot amount possible being set at €190 million. In case your jackpot reaches €190 million and can rollover, it will not increase in size further. Once the jackpot is not won after 4 rollovers, the jackpot prize will ‘roll down’ and be shared with the next prize tier.

EuroMillion Superdraws are special events when the Jackpot is positioned to €130 million, regardless of the current prize fund.

The most recent Superdraw (during writing) is 20th April 2018. Right before that, there’s been Superdraws typically about two occasions yearly for jackpots of either €100 million or €130 million. Beneath the old rules, once the jackpot wasn’t won the money became distributed among the winners over the following lower level. (Since it so happened round the 28th of September 2007).

Frequently asked questions about EuroMillions: all the answers

EuroMillions is a popular lottery with a draw on Tuesday and Friday. In Spain an extra game is organized called ‘El Millon’, which offers a prize of 1 million euros on Friday! Usually more players buy a ticket for the Friday night draw than for the Tuesday draw. How exciting would it be to start the weekend as a millionaire! What do you have to do to win?

A changing lottery
EuroMillions has been popular for years. Over time some differences in the structure and lottery prizes were made though. For example, in September 2016 participants received good news when the lottery announced that the start Jackpots had increased from 15 to 17 million. The EuroMillions Superdraw Jackpots increased as well, from 100 million dollars to an incredible 130 million dollars! Other changes were 12 instead of 11 Lucky Stars to choose from and bigger rolling Jackpots. So all these changes made the game even more exciting!

Who can participate in the EuroMillions lottery?

EuroMillions is organized all over Europe, as you might have guessed already. You can easily play from abroad and even buy a ticket online, for example at lottosphoto.com. According to the Spanish Law about Gaming Regulation, no residency is required to buy and win the EuroMillions lottery. Everyone who is older than eighteen years old has a chance to win the Jackpot.

How to win EuroMillions?

The EuroMillions ticket has nine numbers and letters in total. If the 9 numbers on your ticket match with those that appear during the draw, you become a millionaire. To win, it’s not necessary to match the EuroMillions number in the exact order as they appear in the draw. All that matters is that your ticket has the winning numbers. It doesn’t matter if the number appeared first or last during the draw.

You can try an extra game of EuroMillions to have a better winning chance. However, ‘El Milion’ only applies to tickets that were purchased in Spain. If you come from Spain, it’s definitely worth trying. This is not the only extra game of EuroMillions by the way. There are many more, but if they’re available depends on the country you buy a ticket. For example, in Ireland you can participate in the EuroMillions Plus games and the United Kingdom has the Millionaire Raffle. The costs of these entertaining extra games is included in your regular EuroMillions ticket.

What to do when you’ve won a big prize?

Are you the lucky winner of EuroMillions? Congratulations! Always claim your prize in the country where you purchased the winning ticket. It’s not possible to claim your prize in Spain when you bought the ticket in Belgium, for example. It’s possible to stay anonymous after claiming a prize by the way. Last but not least: be careful when you receive an e-mail or call from someone saying you’ve won the lottery. This is always a scam!

What is the superdraw?

Two times in a year there will be a superdraw .Super Draws and Event draws are special drawings when the Jackpot is set to a guaranteed amount. The Jackpot will rise to 130 million and could grow till 190 million.

How to increase your lottery luck?

There are several ways to increase your luck. First of all, you need to be consistent. Also try to play EuroMillions as much as possible, because the more you play the better your chances. Play responsible though and never spend more money than you can afford to lose! It also helps when you use the most common EuroMillions numbers. If people win a lot with certain numbers, try these. Maybe you become one of them!

What company organizes EuroMillions?
European countries have their own organization to run the EuroMillions lottery. Use the following scheme:

Which country has the most EuroMillions winners?

Interesting to note is that in some countries people had more luck than others. This is calculated by taking the total amount of wins during the EuroMillions Superdraw in each country and divide it by the total population. It appears that that Portugese players win the most, followed by Ireland, Belgium and Spain. On the other hand the United Kingdom, France and Austria don’t have a lot of winners.

Where can you watch the live results?

There are several countries that broadcast the live results of the EuroMillions lottery. Use this scheme and make sure that you’re in front of the television at the right time: