The soundtrack to the 2006 film Casino Royale was composed by David Arnold and is Arnold's fourth soundtrack for the popular James Bond movie series. Frequent collaborator Nicholas Dodd orchestrated and conducted the score. The traditional James Bond Theme builds throughout the film before appearing in its full form over the end credits as track 25, 'The Name's Bond . . . James Bond'.

Casino Royale takes place at the beginning of Bond's career as Agent 007, as he is earning his licence to kill. The plot has Bond on an assignment to bankrupt terrorist financier Le Chiffre in a high-stakes poker game at the Casino Royale in Montenegro; Bond falls in love with femme fatale Vesper Lynd, a treasury employee assigned to provide the money he needs for the game. The film begins a story arc that continues in the 2008 film, Quantum of Solace.

Available on vinyl for the first time as a limited edition of 2000 individually numbered copies on translucent blue vinyl.

There was a new James Bond movie on the release horizon when I wrote this review (oh, well), so I felt it was high time I tackled a few more albums from the rather legendary Bond score discography on this site. Where better to start of course than not only with a David Arnold endeavour, but the one for arguably one of the (if not the) best Bond movie; Casino Royale. Let’s get stuck in.

African Rundown breaks the album into a sprint right off the bat, with frantic bursts of brass setting a rapid action tone with loud percussion tearing along dramatically in the background. At about a minute or so in the music then introduces us to what is essentially the main theme of the score; the rather epic melody from You Know My Name, the fantastic song written for the film by David Arnold together with the legendary though sadly late singer Chris Cornell. The motif is performed twice in powerful yet worrisome form before the dramatic action instrumentation then returns once again, building tension with some reluctantly heroic sections appearing here and there. The main theme also appears infrequently, and interwoven into the action for several epic intervals. During the final minute loud brass then completely takes over the cue, building both in speed and intensity until the tension reaches boiling point right as the track ends. Overall, as opening tracks go – wow. In just under seven minutes, Arnold brings his absolute action a-game back to Bond, and that’s without even using the usually ever-present James Bond theme.

Surprisingly, the iconic theme (composed by Monty Norman) actually appears very rarely in the score, for the simple reason that the creators of the film felt that given Bond’s youthfulness and inexperience in the movie, the theme had to be earnt rather than simply appearing throughout. It’s an intriguing approach to the music for a Bond movie, and despite my undying love for the theme I actually really like the idea. Not to mention that if nothing else, African Rundown is absolute musical proof that Bond action score can get along just fine without the theme. The score also isn’t completely without it, as it does get hinted at here and there – the opening few seconds of Nothing Sinister for example feature a couple of notes from it before the music then gets rather melancholic with slow brass notes and gentle strings.At just over a minute long it is quite a short piece, much like the subsequent Unauthorised Access, which treads into more sinister-sounding musical territory with low-pitched brass and creepy electronic percussion. Things then get really interesting in Blunt Instrument, though it sadly fades as quickly as it arrives – after an opening minute of deep electronic mood-setting, the orchestra then practically erupts with a very suave rendition of the Bond theme, followed rapidly by a brilliantly epic rendition of the main You Know My Name theme on loud brass and upbeat percussion.

Strings and electronics form the suspenseful musical backbone of the ninety-second CCTV, and that’s really all there is to say about that cue – it’s atmospheric, and that’s about it. Things do get a bit more interesting for the rather romantic strings-heavy Solange however, the theme for the first of the film’s two Bond girls; Solange Dimitrios. The gentle theme briefly then reappears in subsequent track Trip Aces, before then fading out from the score as delicately as it arrived. Loud, dramatic brass then opens the twelve minute action extravaganza Miami International, with the main theme playing in worrisome strings-based form a few seconds later. Overall the cue isn’t quite as tightly-crafted as African Rundown – mainly due to its incredibly lengthy runtime – but much like with that cue, it makes excellent use of the main theme (in several instances) as well as bold, powerful and usually rather frantic orchestra that’s used rather expertly to build up a good ten minutes of action tension, making for a pretty great track overall. Intriguingly, I could have sworn I also heard a couple of hints to an action motif or two from David Arnold’s previous Bond scores towards the end, but that could have just been me.

I’m The Money opens with a beautifully sweeping strings statement of the main You Know My Name theme, though unfortunately the cue ends just a few seconds after that. The similarly short Aston Montengro then plays the theme much more quietly and pensively to start off with, before then leaping into another rather dramatic strings statement of the theme just before it closes. Dinner Jackets introduces another new theme for the score; a gently romantic motif for Vesper. It plays softly here on quiet piano notes alongside almost solemn strings, before then getting lightly pushed aside in the cue’s back half as brass arrives with an enjoyable orchestral blend of the mainand James Bond themes. Quiet orchestra then provides some relaxing though slightly ominous atmosphere in the three minute The Tell, before loud bursts of brass then thunder into view with action cue Stairwell Fight. Unlike with previous action tracks on the album this piece features no themes; just raw, thundering orchestra that’s particularly heavy on the tension. Vesper then (as its title suggests) calms the score back down with a gentle, piano-based and happily lengthy rendition of Vesper’s theme. All-in it’s a nicely-crafted motif, not to mention quite an enjoyable one.

Quiet, ominous atmosphere returns in Bond Loses It All, with things getting considerably sinister towards the end of the cue. Tense, almost horror-like high-pitched brass then opens Dirty Martini, with dramatic strings and rapid percussion entering the fray a minute or so later for a loud, epic action build-up before the cue then closes out. Bond Wins It All then brings back the strings-based atmosphere, and even treats us a little in the final minute with a quietly victorious thematic combination of the main and James Bond themes. The best minute of action scoring on the entire album though is up next; The End Of An Aston Martin. The cue opens almost passively before worried strings arrive accompanied by very frantic percussion. The main You Know My Name theme then bursts into view on some loud and particularly tense brass before getting rapidly cut short by horror-like strings as the worst happens in the film. It’s a brilliant bit of action score by Arnold, though sadly quite a short-lived one. Moody atmosphere returns once more in The Bad Die Young, though this time accompanied by sporadic bursts of loud horror-movie-style punches of brass. This doesn’t last for long though before sweeping strings then arrive in City Of Lovers, a beautifully romantic piece that makes exquisite use of Vesper’s theme from earlier for three happily gentle minutes.

The pace quickens in The Switch, with rapid strings kicking things off before loud bursts of brass enter the fray a minute or so later alongside dramatic crashes of percussion. Tension builds for five nerve-wracking minutes with both the main and Vesper themes playing sporadically for added climactic flair. The tension then continues in Fall Of A House In Venice, with the brass reaching a particularly powerful crescendo towards the end accompanied by a few notes from the James Bond theme. A quietly mournful main theme then plays alongside a similarly sorrowful Vesper’s theme in Death Of Vesper, with slow, emotionally-striking strings leading the exceptionally saddened tone throughout the cue. The short The Bitch Is Dead then closes this musical chapter on Vesper’s theme with one more gently melancholic rendition interspersed with a few notes from the Bond theme. Speaking of which, it’s finally time to unveil it – the final cue of Casino Royale is the standout The Name’s Bond…James Bond, and you guessed it – it’s a lengthy, well-deserved and brilliantly epic playthrough of Monty Norman’s iconic theme. Electric guitars and all.

Overall, David Arnold’s score for Casino Royale is absolutely fantastic, even if it isn’t quite on the same over-the-top action wavelength as some of his previous compositional entries in the franchise. Indeed, you’d think the very sporadic use of the iconic Bond theme would make for quite a dull score, but Chris Cornell’s You Know My Name steps into those rather large thematic shoes almost effortlessly, and that combined with Vesper’s motif, some excellent orchestration and several mind-blowingly crafted and enjoyably lengthy action cues makes the score overall (at least in my opinion) one of the best James Bond scores around.

A great score for a truly great movie. 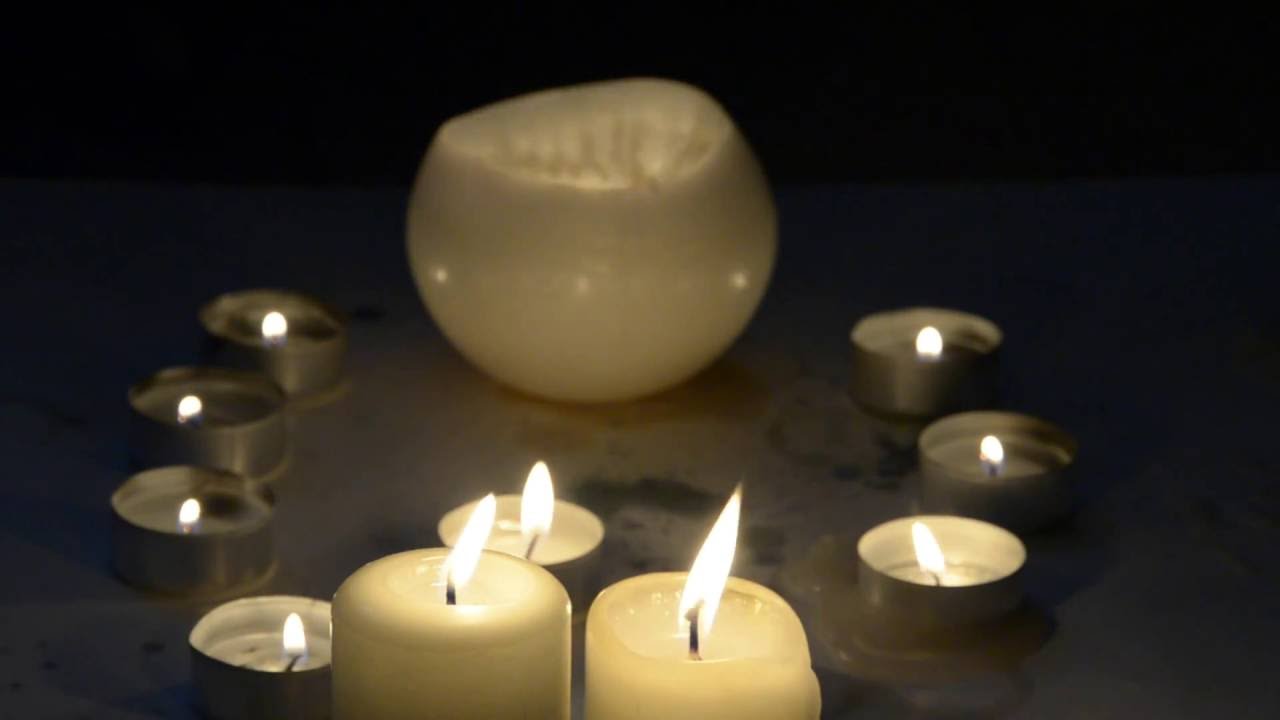