We have carried out numerous projects for Holland Casino, working on all 14 casino branches to a greater or lesser extent. Holland Casino wanted to open a second branch in Amsterdam on the outskirts of the city with 24/7 opening hours. The casino had to be easy to reach by car and public transportation, making it attractive to people from outside Amsterdam. The location that was chosen is the old KPN building in Amsterdam Sloterdijk, now The Ven. It also includes a hotel. Holland Casino asked us to create a casino that is attractive throughout the week and provides the various target groups with the best possible service.
Holland Casino's goal is to be and remain an attractive place of entertainment with lots of gaming opportunities, and they are constantly working on this goal considering the changing market dynamics in this industry.
Holland Casino sets itself apart from its competitors by offering new game forms, an attractive casino design tailored to the various target groups, and restaurants and bars with international style and allure.

players who visit casinos to play one or several games, and there are guests who visit casinos to have a fun night out. Players want to see at a glance where they can go to play their preferred game. For this type of customer, navigation and clear signage is key. Guests want to wander around the casino and be surprised and entertained.
It is important for a casino to create the ultimate gaming environment, taking into account the diverse range of games and activities. Every one of a person's five senses should be activated, which means selecting the right colours, materials and lighting. The design of the new Holland Casino interior serves both target groups and gives them the best gaming experience, both in terms of spatial design and layout. The difference in dynamics throughout the day and over the course of the week has been taken into account.
We made use of and maximised the architectural features of the former office building to create routes tailored to the two different target groups. The mezzanine floor is divided by a partially glass walkway. Focal points have been placed in the right places to attract visitors and allow players to quickly find their way around the casino. These iconic elements range in size and impact, creating a dynamic environment for all visitors. Take, for instance, the organically shaped, gold-coloured bar in the centre of the casino floor. This eye-catcher instantly attracts visitors entering the casino. The interactive wall allows the casino to dynamically engage their customers depending on the time of the day or day of the week.
In this innovative Holland Casino branch, all design features work together to create a mesmerising environment that invites visitors to play, dine and stay overnight.

Lighting, materials and use of colour have been smartly combined to create focal points.

The unique patterns, such as the line pattern on the glass or impressive 3D lighting structures, are similar in visual style to create coherence.

The gaming area seamlessly flows into the restaurant. The restaurant area has been given a distinctive look through the use of different colours and materials, but still feels part of the casino as a whole.

Why visit this place?

Holland Casino The Ven is an innovative, contemporary casino and a prime example of how an office building can be transformed into a leisure environment. Visit the casino to soak up the ambiance and try your hand at some of the best games in the world. Call Lieke or Rita for tips for a great night out.

The legal age to enter a casino in the Netherlands is 18. A five Euro fee is required for each visit. However, when I asked about the location of the casino at the front desk clerk at my hotel , the clerk not only showed me on my map but produced a free entry voucher from a rack in the hotel lobby. I've read elsewhere that many hotels have plenty of these 'get in free' vouchers.
The casino is located along the outermost ring of canals. If you don't know what I mean, the canals in the historic center of Amsterdam are arranged like half of a wheel, with five concentric half-rings and four spokes (not counting the Amstel river as one of the spokes). As a bit of trivia, the name Amsterdam comes from the original dam on the Amstel river (the Amstel dam). The entrance is near the eastern-most edge of the Vondelpark and easy walking distance from the Rijksmuseum, Amsterdam's well-known art museum. That section of Amsterdam seems to attract an older crowd with its theaters, museums, and high-end shopping. The younger crowd is concentrated around the train station, Dam Square, and the Red Light District at the center of half-wheel of canals.
I wanted to go on the last day of my 2017 European vacation, which was a brutally hot and humid day. Not unlike a steamy July day in Baltimore. Normally I would have dressed up a bit for any European casino but it was in the late afternoon and so humid that I could hear thunder in the distance. In my five trips to Europe, I can easily say that Amsterdam is the most easy-going and relaxed place I have been anywhere on the continent. The feel of the country is entirely different from neighboring Belgium and Germany. So I hoped they would not be too strict on the dress code this hot muggy day.
Fortunately, the woman checking ID's to enter didn't seem to care that I was in cargo shorts, t-shirt, and running shoes. After presenting my free entrance voucher she gave me a player card and a voucher for a small soft drink or beer at the bar.
Past the gate keepers, the building is big, open, and modern. There are two floors, the lower one for slots only and the upper one mainly for table games but has more slots along the edges. Both floors were nicely done but the upper floor with the tables seemed much more elegant and fun.

Following is a count of the table games, most of which were open:

Next, here are some comments on the rules followed by each game. In some of them I mention the bet amounts in Euros. At the time I was there one Euro equaled $1.18.

Roulette The liberal French rules were followed, meaning a single-zero wheel and the player loses only half on even money bets if the balls lands in zero. This results in a house edge of 1.35% on even money bets and 2.70% on all others.

As I recall, a continuous shuffler was used. According to my basic strategy calculator , this would result in a house edge of 0.55% with basic strategy, which follows. 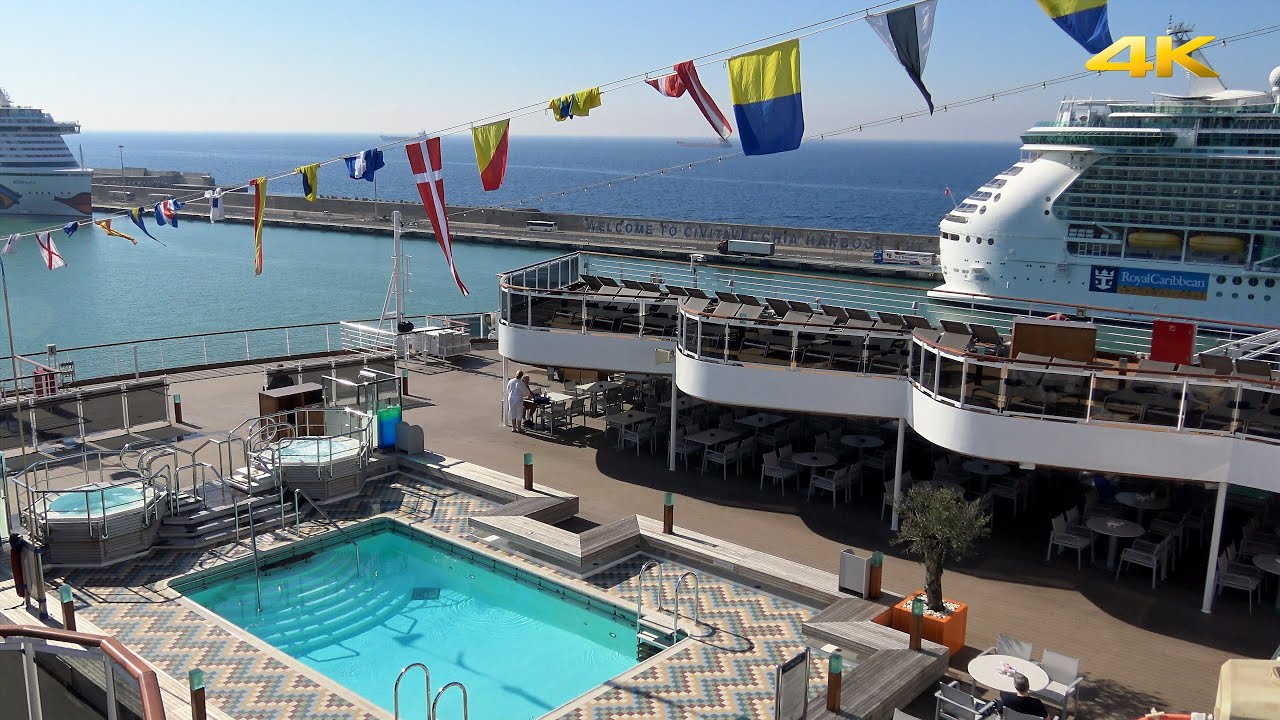 The baccarat tables followed a rarely seen commission-free rule (/games/baccarat/appendix/6/) where a Banker win on a total of 5 pays 1 to 2. This is a better value compared to conventional baccarat, lowering the house edge on the Banker bet from 1.06% to 0.93%.

What we call Caribbean Stud Poker in the U.S., they call Multi Poker in Amsterdam. Sorry, I forgot to check the details. The Holland Casino does have a page on Multi Poker, but it doesn't address the pay table or side bets.

My visit was the first I've ever heard of this cross between craps and baseball. I explain all the rules and odds in my new page on Diceball.

According to the Holland Casino web site, the 'slot machine' pay an average of 92% of money bet. It doesn't say how a 'slot machine' is defined, but within the industry a slot machine is pretty much anything with an electrical plug, as opposed to table game with a live dealer.

After a rather unpleasant visit to the casino in Brussels a few days earlier, which I write about in my previous blog entry, I was apprehensive to play again in another casino only about 100 miles away. However, Amsterdam is in another world compared to Brussels. This was evidenced everywhere, including the casino.
Unlike in Brussels, it was not difficult finding a seat at an affordable blackjack table. I quickly found one in the middle spot of a 10 Euro minimum table. I'm not sure whether the other players were locals or tourists but they were a happy group who seemed happy to play and celebrate in a table win. As in Brussels, there was a lot of back betting. Fortunately, there was no side bet to fight over, so the back betting caused no problems.

The caliber of play of the other players was, not surprisingly, poor. Normally to recreational players like these the basic strategy is the work of a lunatic who wants to throw his money away. However, never once was I chastised for how I played. There was nicely no negativity at the table at all.
Language was not a problem either. There was certainly none of the French elitism I encountered in Brussels. I got the impression that while Dutch was the official language they were used to hearing plenty of English, French, and German. Whatever worked seemed to be the order of the day and there was absolutely no stigma to not speaking Dutch. While none of the other players seemed to speak English, I had a good rapport with the dealer and nobody objected to not being in on the conversation.

As mentioned above, there was another table game, which was closed at the time, called Diceball. I didn't want to slow down the game with a lot of questions about it, so I got up to ask a supervisor for a copy of the rules. At first she said she could only provide them in Dutch, which I said I would be fine (thank goodness for Google Translate sometimes). I didn't want to rush the supervisor so I suggested she find me at my blackjack table after she found them.
A few minutes later, she did much better than a copy of the rules in Dutch, she introduced me to a dealer who sometimes deals the game. I then excused myself from the table and the dealer walked me over to the table and gave me a personal explanation of the game. This must have taken at least five minutes but the dealer was very patient with me as I endeavored to understand every rule of every bet.
After that, I played a little more blackjack and then headed back to the central part of Amsterdam for my final evening in Europe.

As usual for a casino in Europe, or anywhere outside the U.S., there was not a strong correlation between drinking and gambling that you find in Las Vegas. I'm pretty sure that the policy is that if you want a drink, you have to pay for it. A cocktail waitress may come by once in a while but don't count on it. There are bars around the casino if you don't want to wait.
Smoking was not allowed except for a smoking section on the first floor enclosed on all four sides with glass walls. The appeared to have separate ventilation as the air in the main casino seemed nice and clean. I did have to brave the smoking room to get the details on the Extra Draw Keno game and the air in that room of shame was disgusting.

I'd like to compliment the Holland Casino for the good experience I had there. The building was very open and modern. The employees were all friendly and professional. The other players were pleasant and non-confrontational. All things considered, I left impressed and happy.