The first thing that many casino players think of when they picture the inside of a casino are the slot machines, because slots tend to take up the most space. But there are also plenty of other options when it comes to casino games. As you continue reading below you will find a list of popular casino card games and descriptions of each.

The list on this page is extensive, but I can’t claim it to be 100% complete, as there are new games developed every day and there are obscure games that pop up now and then. But if you familiarize yourself with the card games on this page you won’t have any trouble finding a game to play at any of our top casino sites.

Blackjack is by far the most popular casino card game. Almost everyone has either played blackjack or has seen it being played, but if you need a refresher here is a quick rundown on how to play.

Each player receives two cards and the dealer receives one card face down and one face up. Each player in turn then decides whether to stand pat, receive another card or cards (hit), split, double down or surrender (where available). Once all of the players have either busted (exceeded a total of 21) or stand the dealer flips their hole card over and completes his or her hand. 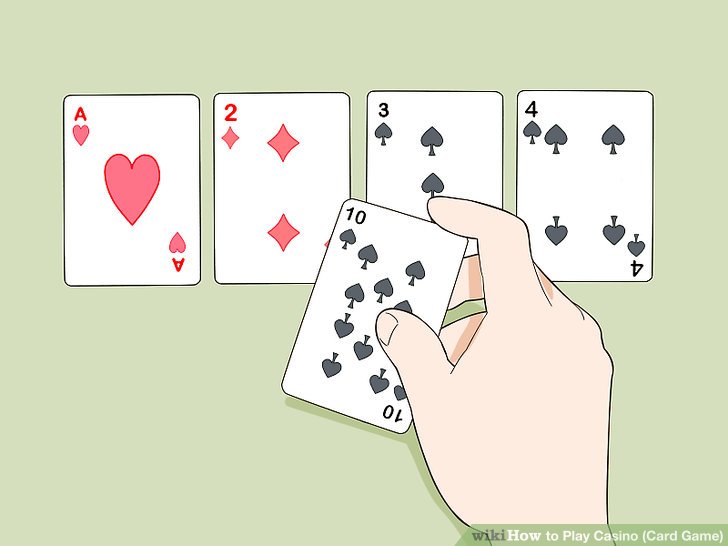 This is just a basic overview, so if you want to play blackjack you should study the rules and table variations before investing a great deal of money. You can also play for free at most online casinos before playing for real money which is a great way to learn more about the game.

There are many different varieties of blackjack. A few of them are covered below, like Spanish 21, but you will find 21 game variations in just about every casino. They are almost always based on the same basic concept of getting a higher total than the dealer without going over 21 but will have different rule variations beyond that.

For example, there are blackjack games where both dealer cards are played face up and games where you are dealt two hands and the second cards on each hand can be switched. The most important thing to do is make sure you understand the rules and content of the deck before playing. The reason I mention the content of the deck is because some forms remove certain cards from the deck.

For an example of one of these games see the Spanish 21 information below.

3 Card Poker, also called Tri Card Poker, is a game where you play a three card poker hand against the dealer’s three card hand. The dealer has to qualify with a queen high or better in order to pay off on the raise bet. To start play you place a bet on the ante circle. You also may place an optional wager on the pair+ circle. After you receive your three cards you either fold, which surrenders your ante bet, or you raise by placing a bet the same size as your ante bet in the raise circle.

4 Card Poker is played much like 3 Card Poker except the dealer always qualifies. The player receives five cards and the dealer receives six, with five down and one face up. Each forms his or her best four card poker hand.

The player antes to start play and must place another wager of one to three times the ante to remain in the hand after receiving his or her cards. Bonuses are paid for certain hands and there are side bets available.

Baccarat is a casino card game that is played for some of the highest stakes around the world. When you start playing Baccarat you must place a bet on the banker, the player or a tie. After placing your bet all of the rest of the action is completed based on very strict rules, making this one of the easiest casino card games to play.

The object is to have the hand you bet on score a higher total than the other hand, or for the two hands to tie in the event you bet on a tie. Scores only go up to 9, as any digits in the tens column are dropped.

When both of the dealer’s hands are better than the players the player loses their wager. The outcome of the majority of hands is a push when the dealer has one better hand and the player has the other better hand.

Caribbean Stud Poker is a popular casino card game that usually has a side progressive jackpot wager available. Players start by placing an ante wager and the optional progressive side bet if they want. The player and dealer each receive five cards with only one of the dealers turned face up.

The player then either folds or raises. A raise is twice the amount of the original ante. The dealer only qualifies with a hand of ace king or higher. If the dealer does not qualify all ante bets are paid even money and all raises are pushed.

When the dealer qualifies and the player has a better hand both the ante and raise bets win for the player. The ante bet pays 1 to 1 and the raise wager is paid from a chart.

Let It Ride Poker is a version of five card stud where each player receives three cards and two cards are turned face up on the table. The two face up cards are used in combination with each player’s three cards to form their best poker hand.

Players do not play against the dealer. They are paid based on a pay table starting with a pair of tens or better. 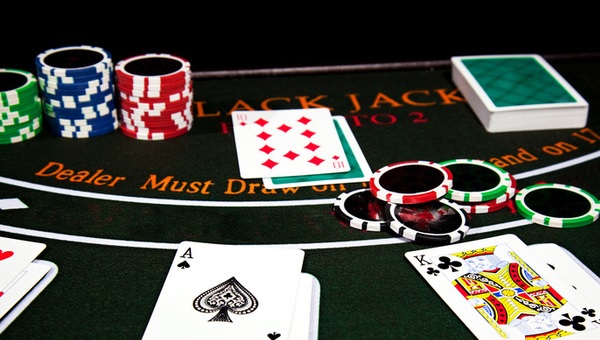 Spanish 21 is played like regular blackjack but all of the 10s have been removed from the deck. So instead of a 52 card deck you use a 48 card deck. Almost all of the other rules are favorable to the player so if you learn correct strategy the house edge on Spanish 21 can actually be lower than on most blackjack games. Pontoon is the name of a game very similar to Spanish 21 that is popular is Australia.

If you win you get paid even money and if you lose you surrender your entire wager. In the event of a tie you can either fold and get back half your bet or double your bet and go to war.

The war round has the player and dealer each receive four down cards and then a face up card. The higher face up card wins. If the dealer wins you lose your entire wager. If you win then you receive even money on half your bet and the other half is a push.

Super Fun 21 is a variation of blackjack. It is played just like blackjack but only pays even money on a player’s blackjack. Other rules are more favorable to the player like the ability to double down at any time during the hand, being able to split up to four times and a player blackjack always wins even when the dealer also has a blackjack.

In Vegas Three Card Rummy the goal is to get a lower score than the dealer. The player and the dealer each receive three cards and the total is calculated for each hand. The dealer must score 20 or lower to qualify.

The player must place an ante bet to start and place an additional wager to stay in the hand after they receive their cards. There is also a side bonus bet that can be wagered on. When the player stays in the hand and has less than the dealer he or she receives even money on their ante.

Texas holdem, along with the next two games (Omaha and 7 Card Stud), are not always included in a list of casino card games even though they are often offered in the poker section of land based casinos. They usually aren’t offered in the same software package as online casinos, though many online casinos also have poker rooms offered on different software. So I decided to include the three main poker variations here at the end because they do fit the overall theme.

Texas holdem is the most popular version of poker and is often the game you see televised. Play starts with two players placing small forced bets called the blinds. Each player receives two hole cards face down and then there is a round of betting.

The final round of betting is completed and the remaining players make their best five card poker hand using any combination of their hole cards and the five community cards. You can play Texas holdem for limit, pot limit or no limit.

Omaha is played almost exactly like Texas holdem except each player starts with four cards instead of two and at the end each remaining player must use exactly two of his or her four hole cards and exactly three cards from the board to make the best five card hand. Omaha can be played as limit or pot limit and can also be played for high and low.

How To Play Casino Card Game

Welcome! On our website you will find all the today’s answers to Daily Themed Crossword.

But we all know that is very challenging sometimes to find the word, especially with no hint left, so a little extra help might be needed. As a team, we created this free website for that purpose and we are glad to help everyone that have the same love for this crossword-puzzle game.

On this page you will find the solution to Casino card game crossword clue. This clue was last seen on Daily Themed Crossword, February 18 2020.

Done with Casino card game? Go back and see the other crossword clues for Daily Themed Crossword February 18 2020.